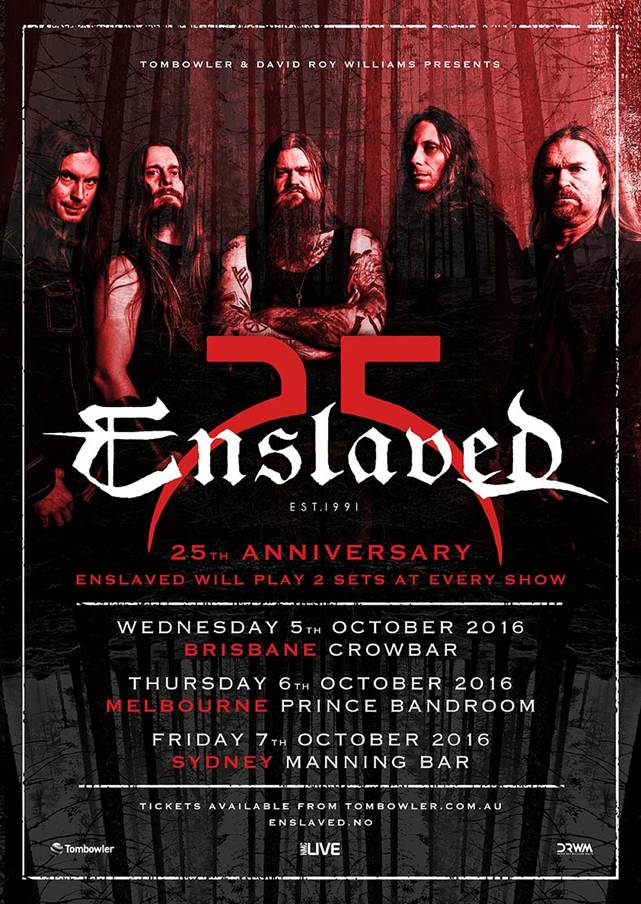 In relation to our anniversary we are going down under to celebrate 25 years as a band October this year!

The east coast tour will see the five-piece play two shows each night — the first, titled Tales From The Mythological Forests will encompass the band’s earlier material such as 1994’s Frost and 1997’s Eld. Our second set of the night will be titled Spinning Wheel Ritual: and will focus on newer albums like 2008’s Vertebrae, 2012’s RIITIIR and the most recent, last year’s In Times.

We are also giving YOU an opportunity to get involved in choosing the setlist — fans who purchase tickets before the end of June can vote on which songs make the setlist, with one punter even scoring the chance to attend our soundcheck before the concert.

We will play the Brisbane’s Crowbar on 5 October, Melbourne’s Prince Bandroom on 6 October and finally Sydney’s Manning Bar on 7 October.