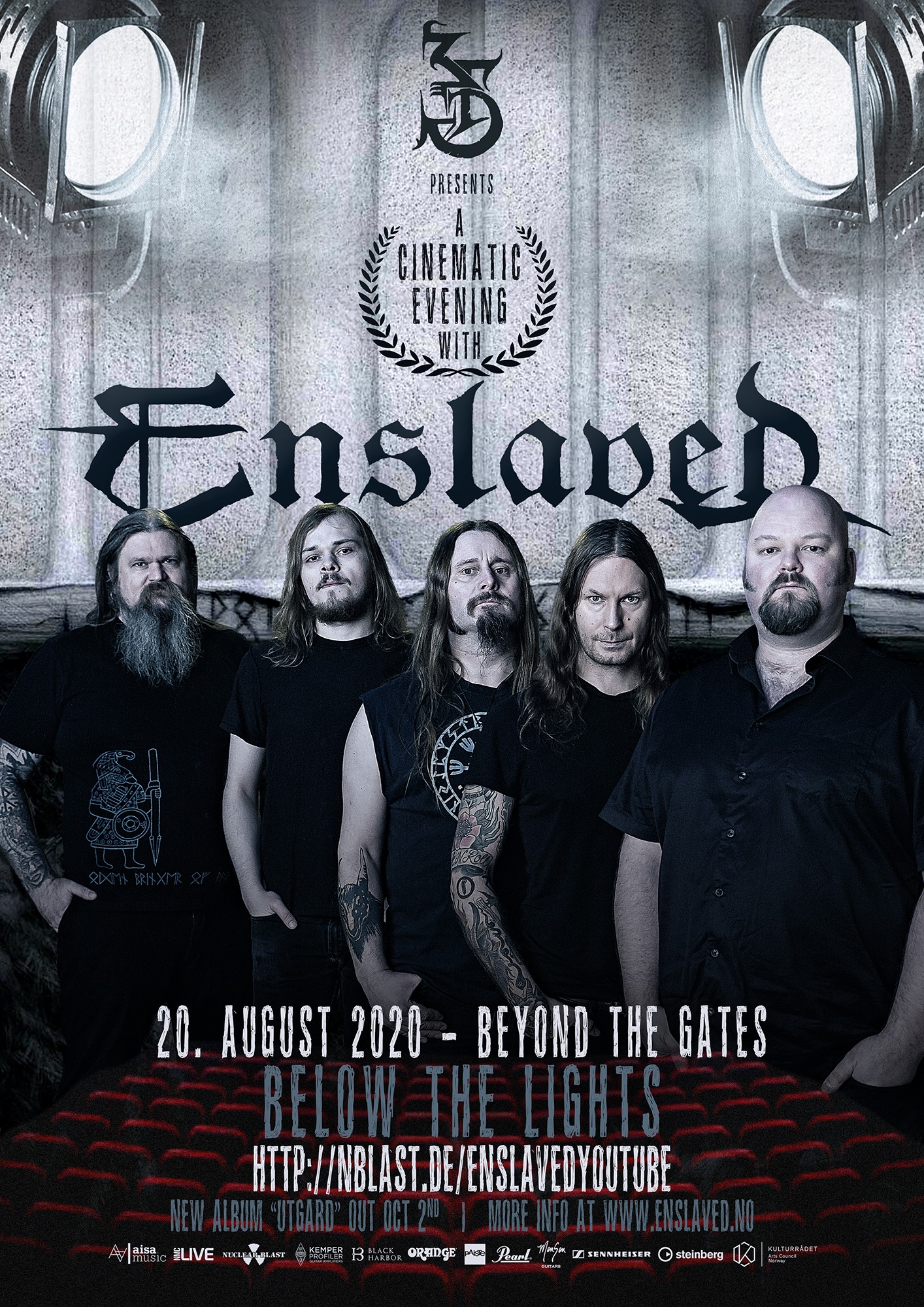 We’re preparing for the second show of our Cinematic Summer Tour, streaming this evening at 7pm BST / 8pm CEST!

(you can sign up now for a show notification, and join the waiting room to chat about the upcoming show)

This special performance is called ‘Below The Lights’ – named after our 2003 7th studio album, which we will be playing in full for the very first time! It’s a collaboration with Bergen’s infamous Beyond the Gates Festival.

“Below The Lights is a special album to us, a stint between two eras in our career. It was the last to feature Dirge Rep on drums, the first since Roy Kronheim left the band, the first album with guitar leads by Ice Dale and the most focused album in many, many years! We were very proud of the final result… and nobody seemed to care, hahaha! At least not at the time of its release. But, in the following years, we recognized an ever increasing horde of people suddenly embracing it. Fans started shouting: “Play Havenless!” or “As Fire Swept Clean The Earth!” at gigs. We were a bit puzzled by this sudden praise for the album, but decided to include some of the songs in our set lists. Now, almost two decades later, we are proud to finally perform the album in its entirety though the ether at Beyond The Gates Festival 2020 – a festival that we feel a close connection to; and that we have worked together with fruitfully many times in the past. Beyond The Gates always goes its own way, pushing the boundaries and sharing their unique ethos alongside a dedication to their favourite music like we also do in Enslaved.”

We launched an exclusive merchandise range to accompany the Cinematic Summer Tour, with designs viewable below inc. more information. To give everyone the chance to be part of this completely novum in music, all three shows will be free of charge, however we have launched a donation link if fans wish to make a contribution towards the costs of putting the shows on: