ENSLAVED’S IVAR BJØRNSON IS PART OF NEW BY NORSE MUSIC! 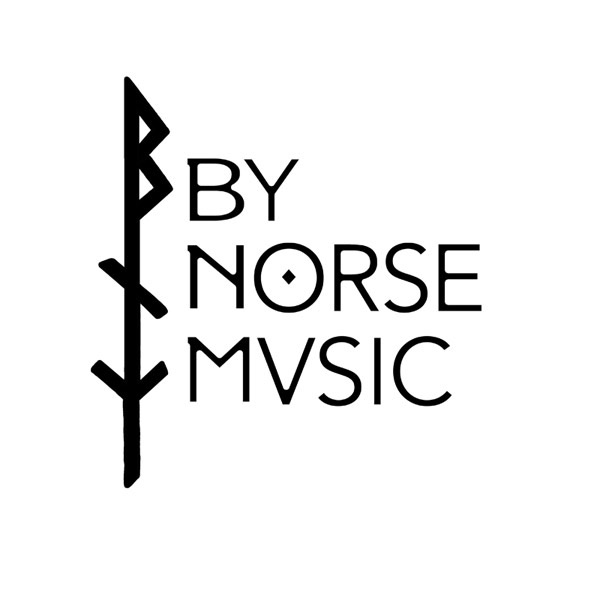 Ivar Bjørnson (Enslaved) together with Einar Selvik (Wardruna) and Simon Fullemann (AISA) launch record label By Norse Music and release selected Enslaved back catalog and Wardruna “Runaljod – Ragnarok” in October 2016!
It is with great pride and excitement that we present to you our very own record label. Starting as an event project last year, launching our own beer ALU, we are finally ready to go official with part 3 – our own record label. With our network, experience and dedication in the music world, it made sense to just do it all ourselves and put our knowledge in the same pot. So we created By Norse Music!

Enslaved is currently celebrating 25 years in 2016 with selected catalog re-issues!
Enslaved are an institution in the worldwide Metal scene and they are stronger than ever. Their 13th album In Times received great critical claim from several holds, amongst Metal Hammer Magazine who awarded them with Album of the month in March last year.

The album was also nominated for best metal album by the acclaimed Spellemann, Norway’s most prestigious music Award, alongside 7 of their previous releases which they have won 4 of. To celebrate 25 years of existence, Enslaved have launched a series of 6 limited edition collectors shirts whereof 2 have already been released. The shirts can be purchased here:
enslaved.aisamerch.com

Metal hammer have recently nominated Enslaved for the Golden Gods Awards 2016. Vote for them in the best underground category here:
http://2016.goldengods.teamrock.com

” I am thrilled and proud to be part of the brand new tribe that is By Norse Music. Firstly, I still believe in “the record label” as a highly relevant entity. If a label is flexible, innovative and adapted to the new reality – it can more than ever act as a powerful catalyst for great art. I know we do just that. Secondly, working together with the partners most akin to my own business philosophy – integrity, not being an asshole and working very hard – is inspiring and brings out the best in me! Thirdly, going on this trip (psych reference!) with the best of friends is not only a good idea; it is also lot of fun!”

Wardruna “Runaljod – Ragnarok” out in October 2016!
This upcoming fall Wardruna will complete the circle and release the final part of the Runaljod trilogy. Runaljod – Ragnarok is the very much anticipated third part of the release, following Runaljold – Gap Var Ginnunga in 2009 and Runaljod – Yggdrasil in 2013. One of the songs from the upcoming album was recently released on our official sites and was met with great enthusiasm. The final album in the Runaljod Trilogy will be released this October on several different formats.

The first release concert in Norway will be held in Oslo, January 2017. Tickets are up for sale since 13th of May! Get your ticket here:
www.ticketmaster.no/event/wardruna-tickets

Einar Selvik is currently nominated for the Norwegian Music Export by Spellemann, Norway’s renowned award for musicians, for his work making Norway’s heritage acclaimed internationally. Musicnorway.no and Vikings- creator Michael Hirst had this to say about his nomination: http://no.musicnorway.no/2016/05/10/eksportprisen-enorme-bidrag-vikings/

“Whether or not it is booking a concert or releasing an album, my experience with Wardruna is that since it does not really fit into any defined genre or «fixed machinery», but branch out into a multifold of them, it demands special attention and effort to meet its potential and needs. So for many years now my wish and vision has been to, at some point, create a label for my own as well as other carefully selected music and art that would be flexible and also resourceful enough be able to handle each unique project on it´s own premises and adapt to its needs rather than squeeze everything into the same machinery. The time has come for realization and I feel very exited about venturing into this together with dedicated people I hold in high esteem both personally and professionally”

By Norse – an innovative force in today`s music industry!
By Norse Music is located in Bergen/Norway and currently have Wardruna and selected back catalog items of Enslaved in their stall. It is a platform supporting and building up Norwegian art, music, literature, film and culture to reinforce Norwegian heritage and traditions.  By Norse was founded in 2015 by the three of us, Einar Selvik (Fimbuljod Productions, Wardruna), Ivar Bjørnson (Peersen Production AS, Enslaved, BardSpec) and Simon Füllemann (AISA – All Independent Service Alliance LLC, All Access Agency).

“In times where knowledge about diversification, market segments, consumer patterns, niche genres, commercialization and so forth is more important than ever to make a valid business case and build a successful career, it is vital to gather the right people to protect and nurture the rights owners interests the best we can. That is By Norse.”