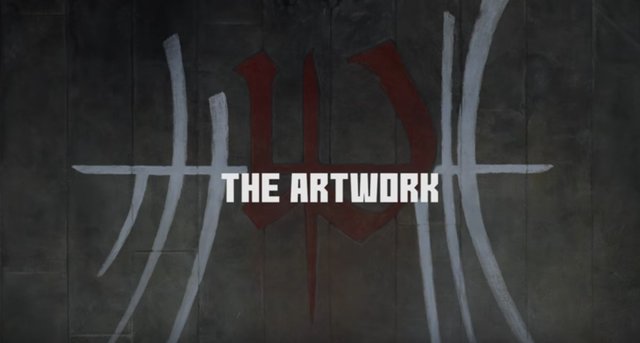 After discussing the recording process, new keyboarder and album title in the previous trailers, Grutle Kjellson now explains you the details of the cover artwork. Once again designed by Truls Espedal, the cover was handpainted on canvas and Grutle now explains how he initially got to know the artist that we have been working with since “Monumension”. Watch the trailer here:

Grutle remembers: “17 or 18 years ago I lived in Stavanger and was introduced to Truls at a pub on a late Saturday evening. We started to discuss album covers from bands like YES or GENESIS and I remember we were both drunk and seemed to disagree a lot on the definition of a cool album cover. So I said to him ‘If you’re so clever, why don’t you paint the next ENSLAVED cover’ and he said ‘Yeah, count me in’ – so I did!”

Next week, we will unveil another excerpt of our upcoming album! Stay tuned!