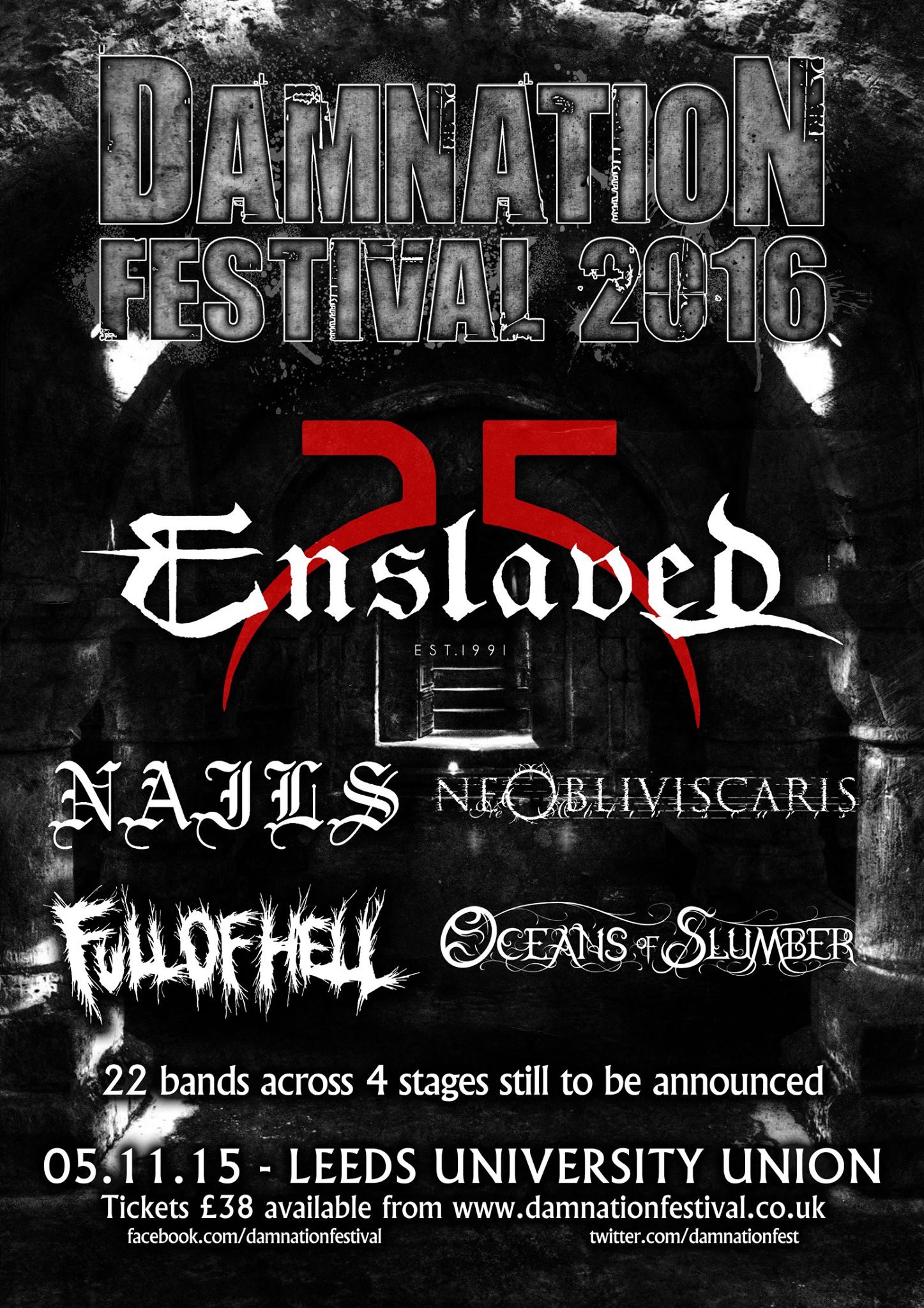 Ivar says: “It is with great pride we announce our first ever appearance at Damnation Festival. The festival has become a well-known name for bands, and now it is finally time for us to show its audience what we are about. We’re only just back from a magic weekend in London; London By Norse was nothing short of unbelievable! We hope to see those who attended, and many more, at Damnation Festival – our only UK appearance for the rest of 2016. Be there and let’s all be damned.”

Tickets for the 12th instalment of Damnation Festival are on sale now, priced £38.

Festival Director Gavin McInally said: “Since 2005, we’ve consistently delivered solid and diverse line-ups which make a mockery of our ticket price and this year we want to go one further by booking challenging bills across our four stages, starting with five bands who’ve never played Damnation Festval before.